We guide businesses through the ever-changing world of payments while providing innovative and trustworthy technology.

The perfect balance between cutting-edge, dependable and secure

Keeping our eyes on the horizon and our fingers on the industry’s pulse, we take on the complicated and fast-moving world of payments so you don’t have to. By curating the best technology and combining it with our extensive network of integrations, we make payments fast and simple. 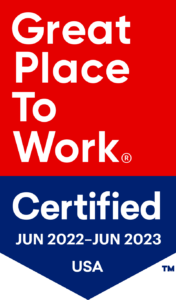 Whether it’s through acquiring a new fintech company or investing in industry-leading technology, we deliver the best experiences to our clients and our employees. We strive to improve and are always open to learning about new acquisition, investment or partnership opportunities. Our Commitment to Corporate Sustainability

REPAY’s Environmental, Social and Governance (ESG) initiatives are informed by our desire to achieve operational excellence, better serve our clients, generate long-term value for our stockholders, provide a good working environment for our employees, and have a positive impact in our communities.

We are always looking for the best of the best to join our team. Do you think you have what it takes? Check out our open positions or simply send us your resume. We can’t wait to hear from you.